The history of the Schreyer Honors College is rich with stories and milestones that build upon what Penn State has done for nearly two centuries — prepare generations of bright people for a lifetime of success. Our story endures through the lifetime achievements of our Scholar alumni and in the potential for future success being developed in our current students. 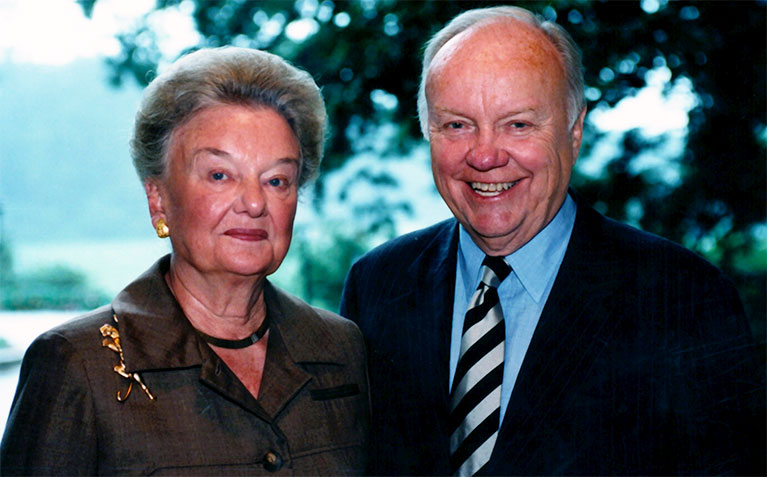 A Living Legacy Our History 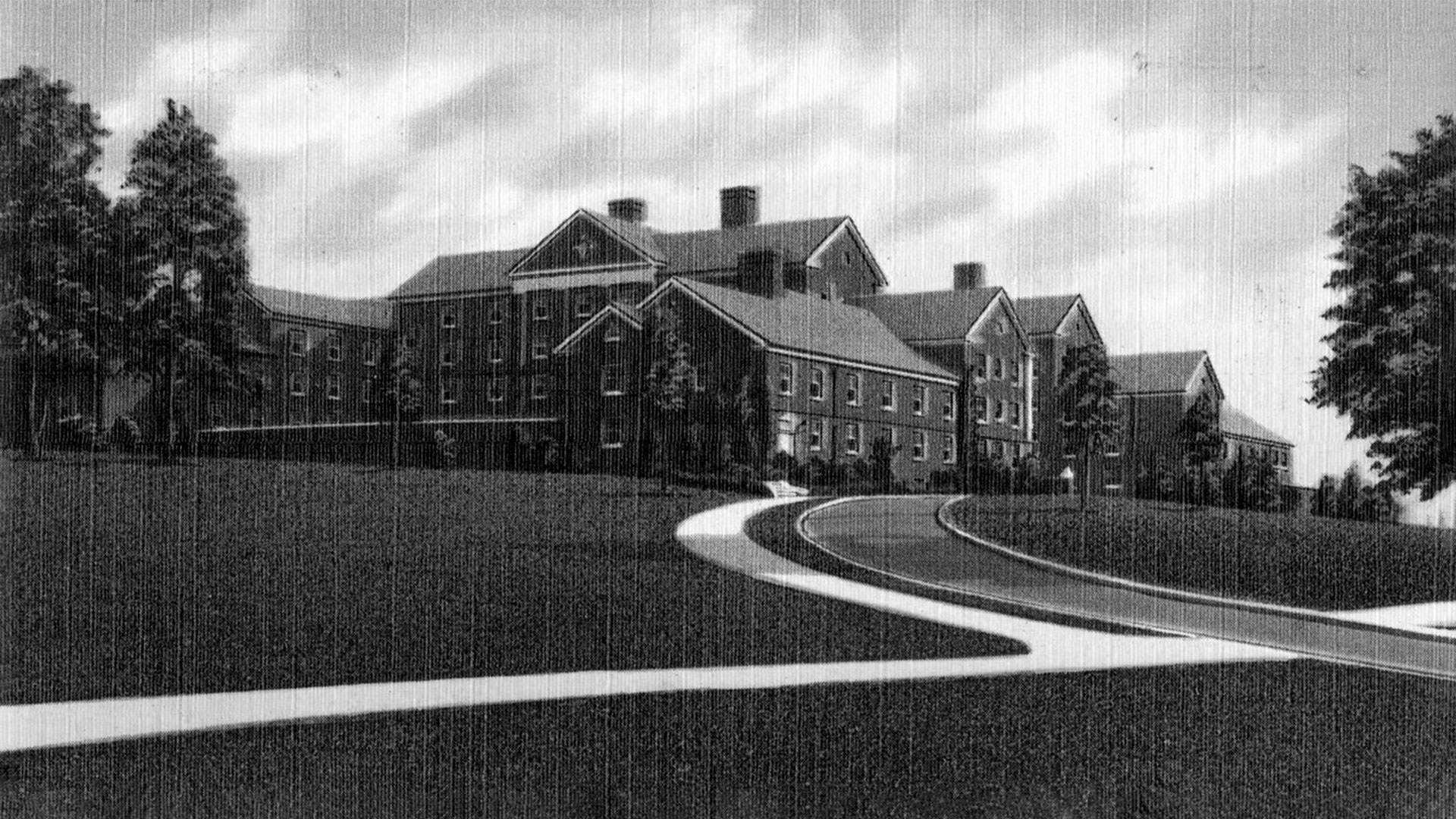 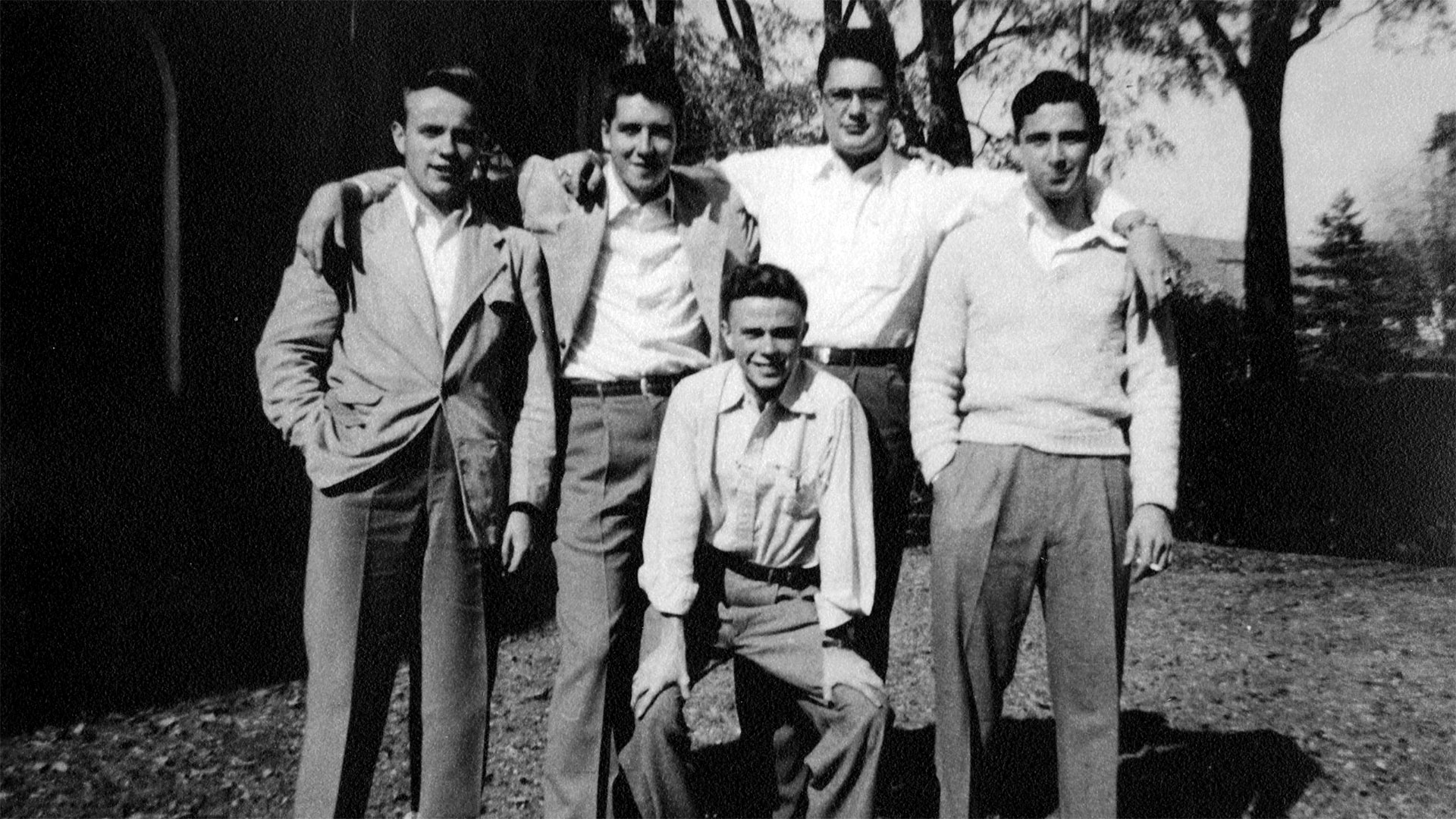 Named after Lucretia Van Tuyl Simmons (1875-1942), who after earning a master's degree from Penn State went on to become a faculty member, the Dean of Women, and eventually the head of the German department. Simmons Hall is now an honors residence hall and home to Schreyer Honors College administrative offices. 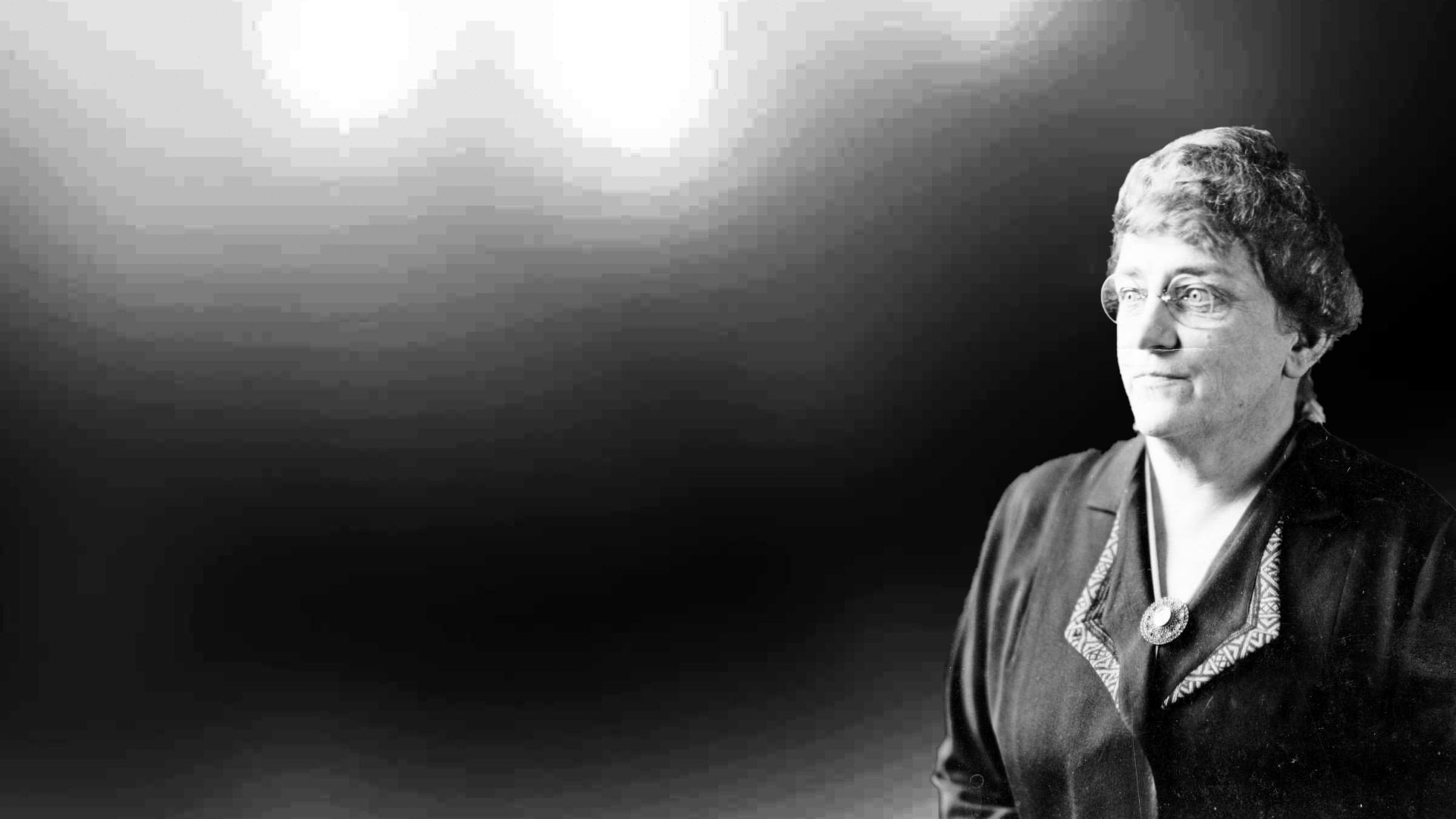 Dr. Paul Axt was chosen as the first director of the University Scholars Program, the predecessor to the Schreyer Honors College. 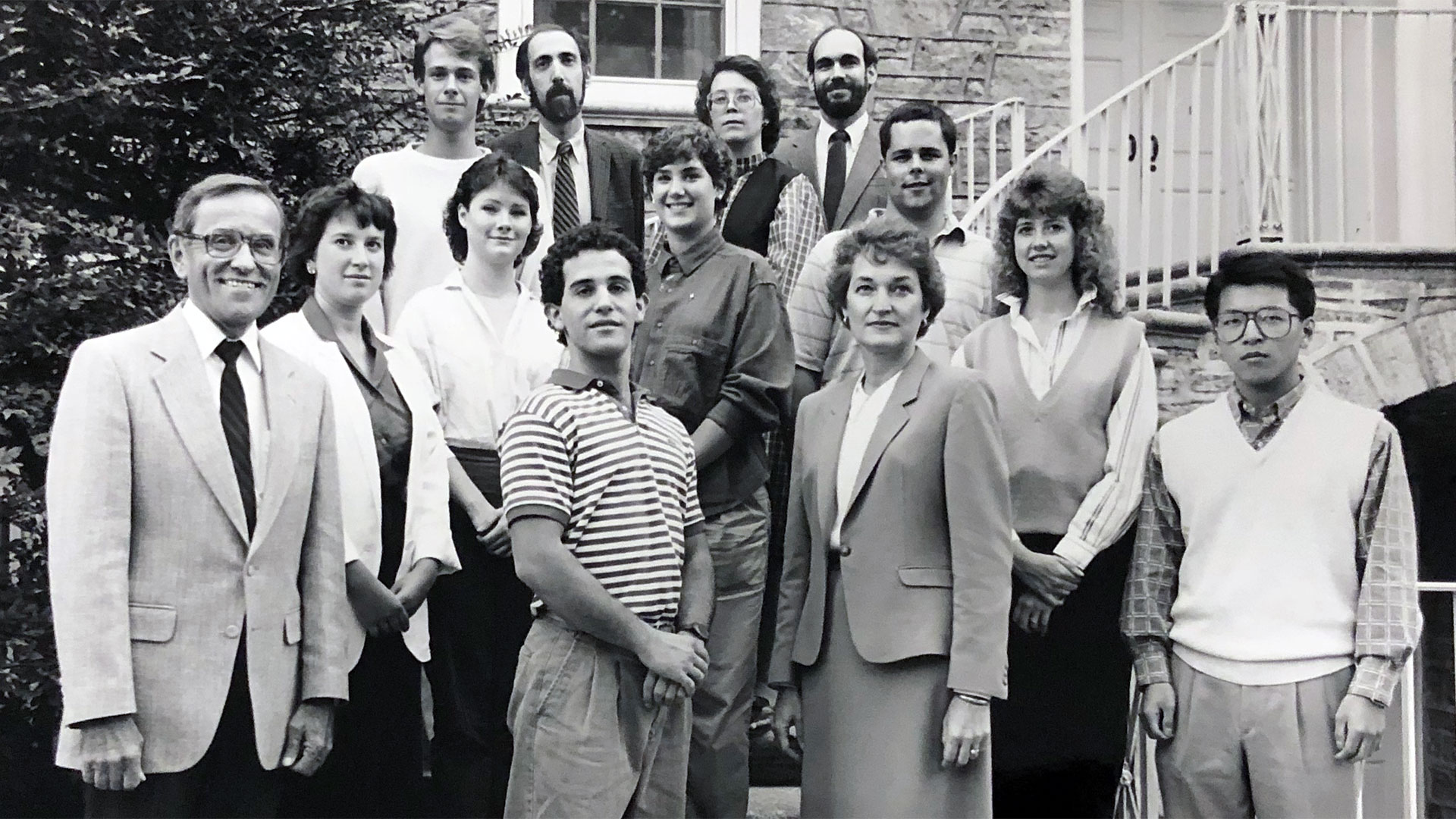 The Distinguished Alumni Award is the highest honor bestowed by Penn State upon an outstanding alumna or alumnus. The award salutes the achievements of alumni whose "personal lives, professional achievements, and community service exemplify the objectives of their alma mater." 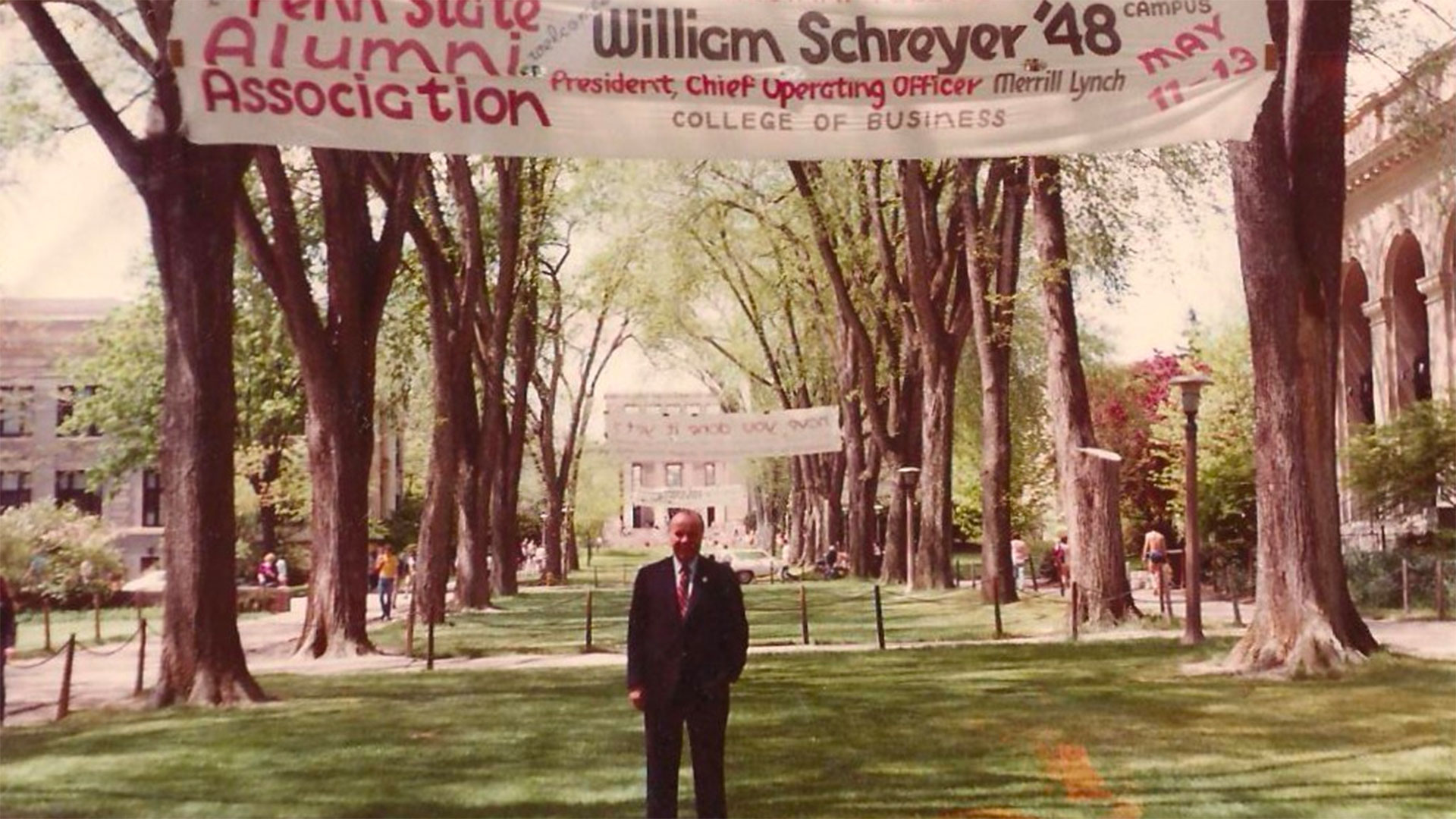 Opening convocation welcomes 300 first-year and sophomore students to the program with an address by Ernest Boyer, president of the Carnegie Foundation for the Advancement of Teaching. 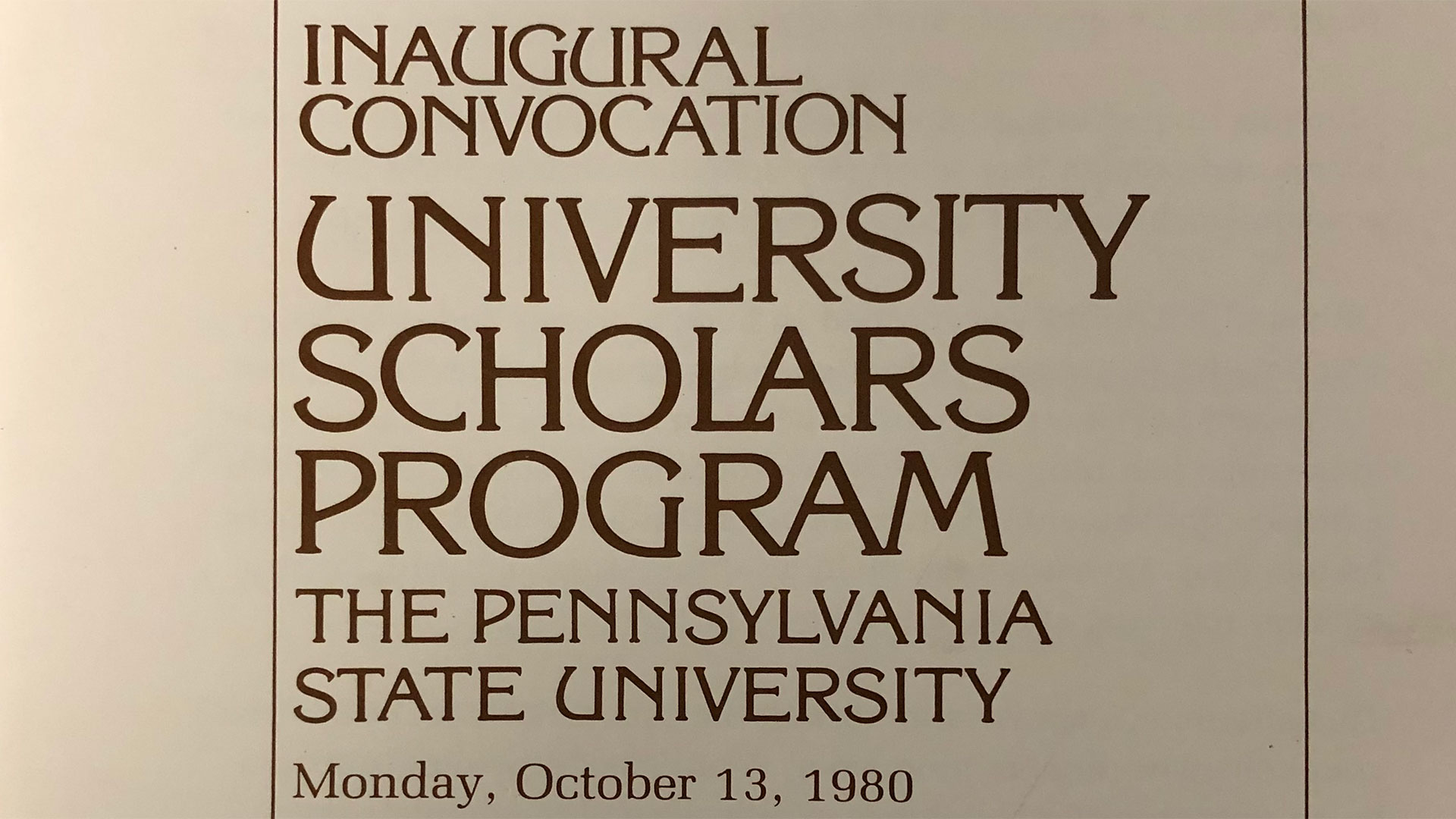 Founder of Honors College served from 1980-83 on the alumni association's governing body. 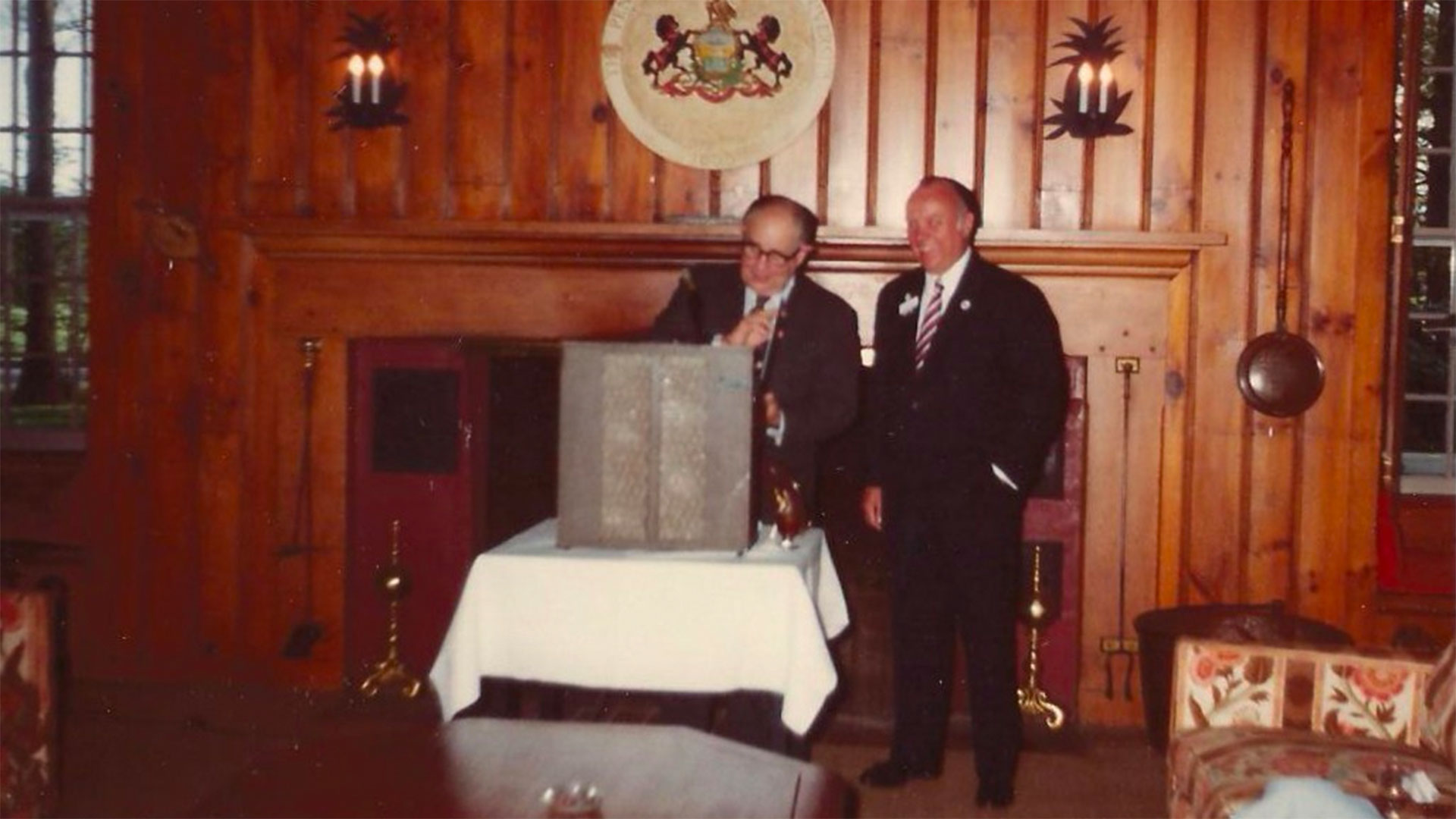 Atherton Hall established as Scholars Housing at University Park, marking a new phase in the University Scholars Program's development and presence on campus. 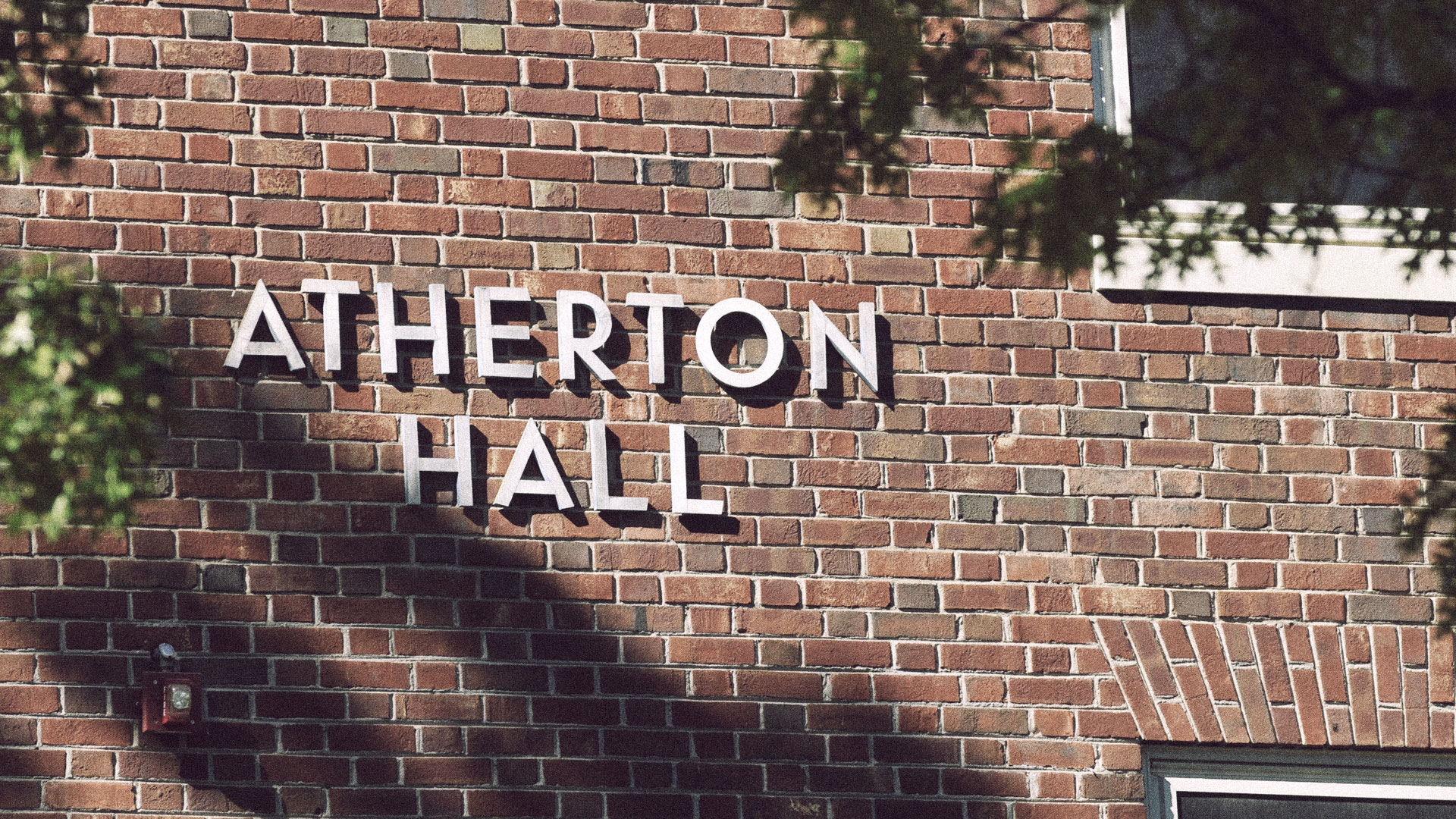 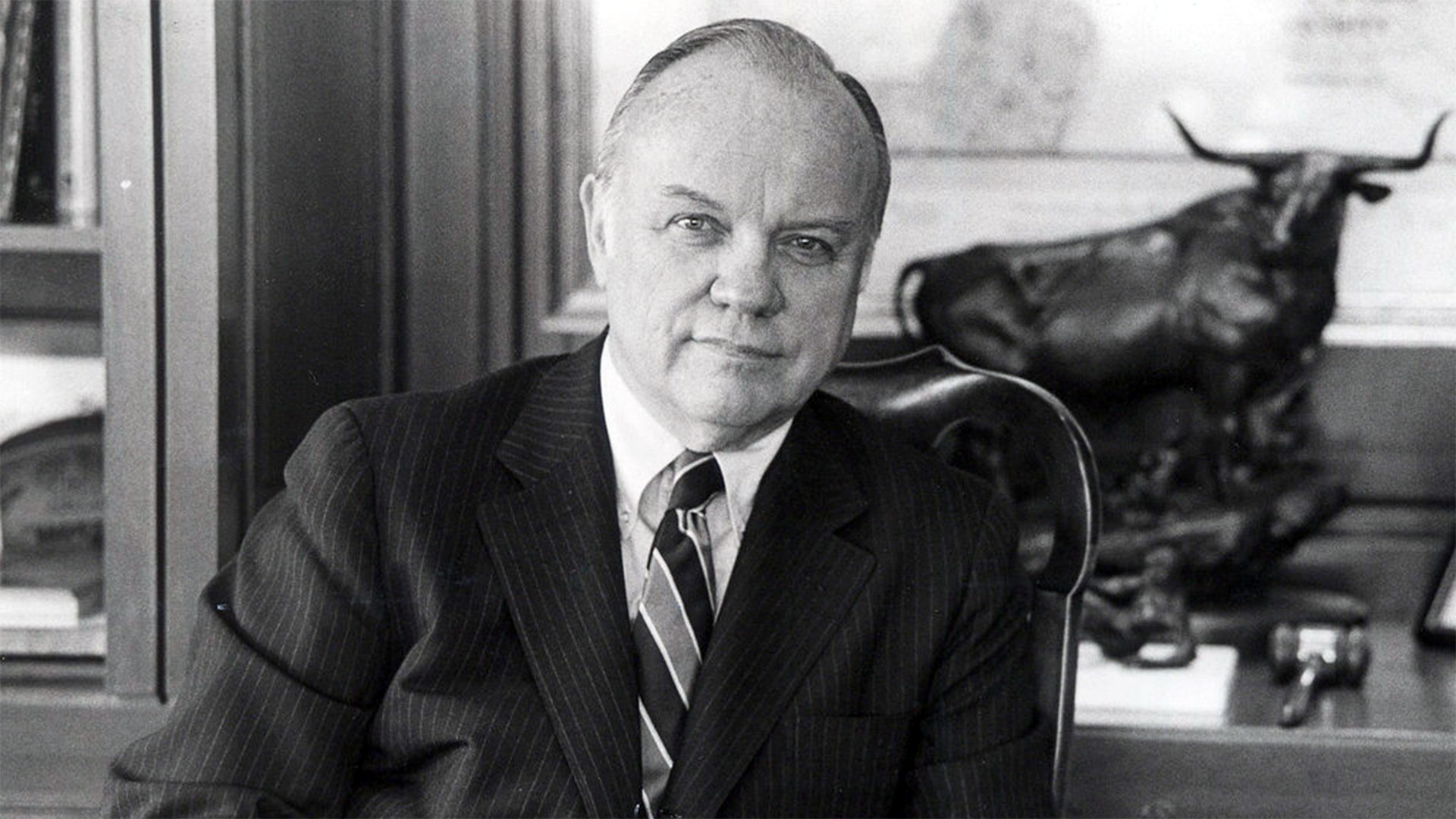 Schreyer was elected to the Penn State Board of Trustees after his impressive chairmanship of the Campaign for Penn State. 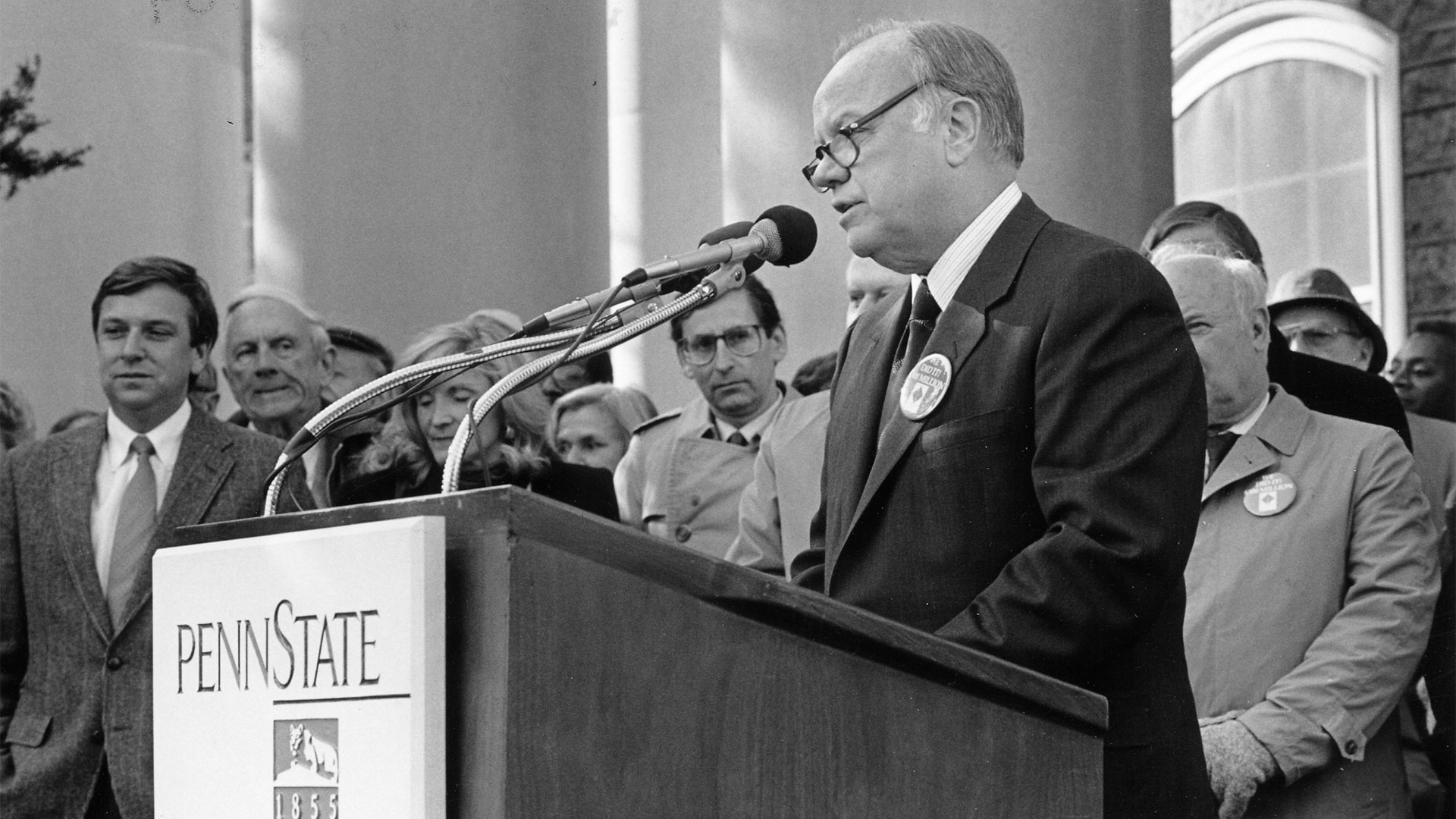 A University-wide committee on recruiting academically motivated students was established and a new selection process was instituted for incoming first-year Scholars that replaced exclusive use of high school grades and SAT scores with a full application including essays and teacher recommendations. 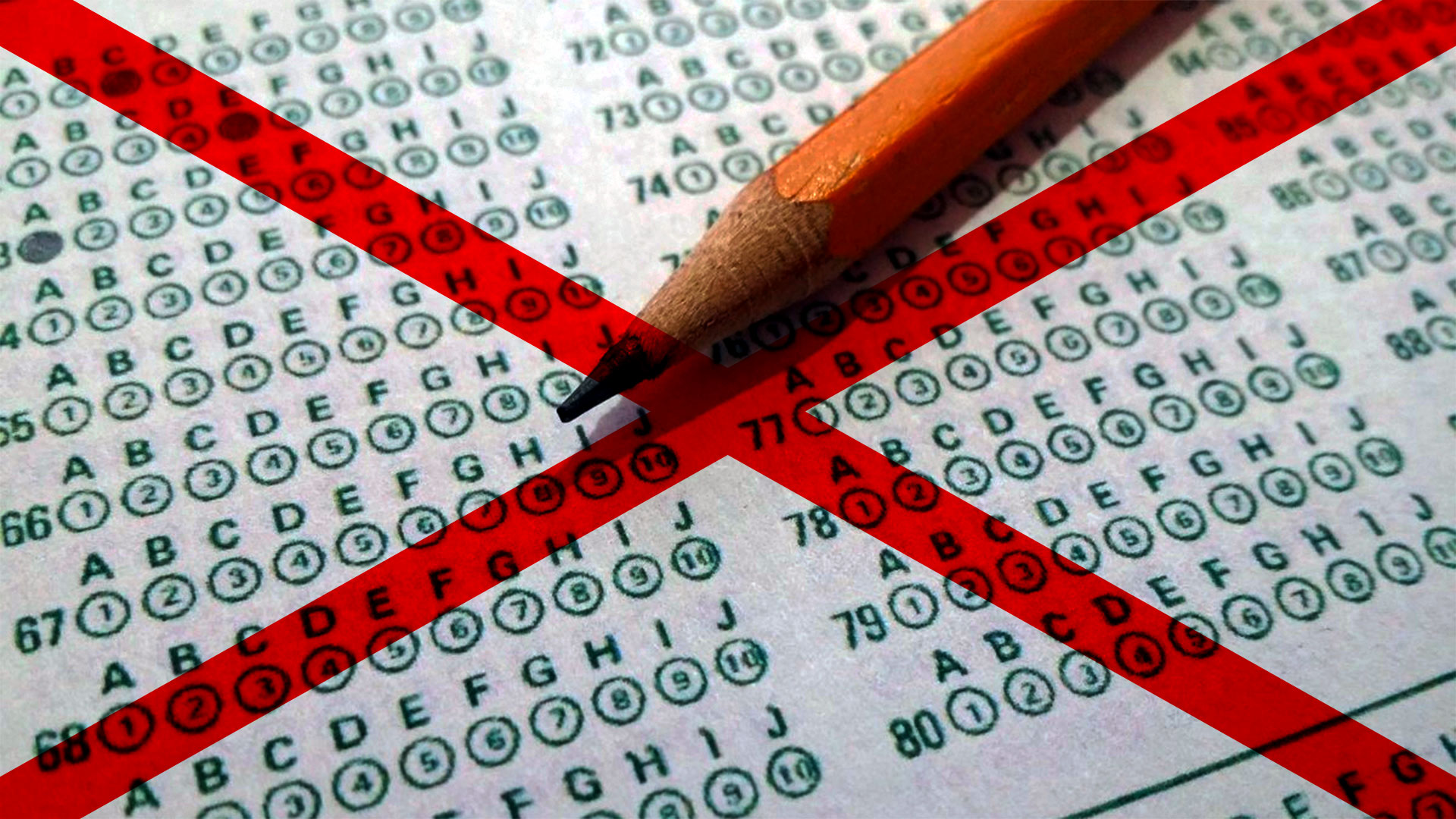 The Honorary Alumni Awards have been given by the Penn State Alumni Association since 1973 to honor people who are not graduates of The Pennsylvania State University but who have made significant contributions toward its welfare, reputation, or prestige. 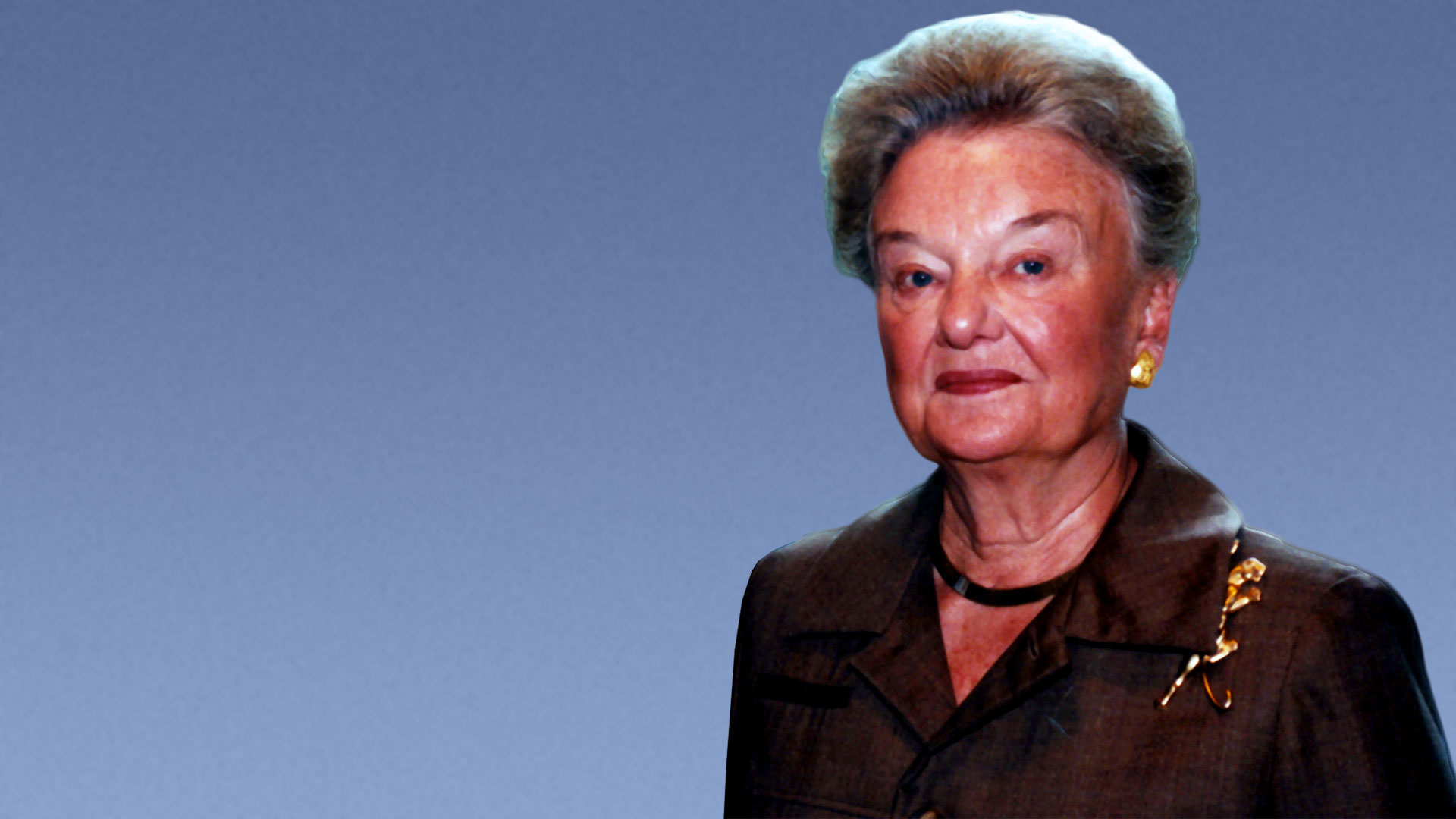 1993 Schreyer Named President of Penn State Board of Trustees 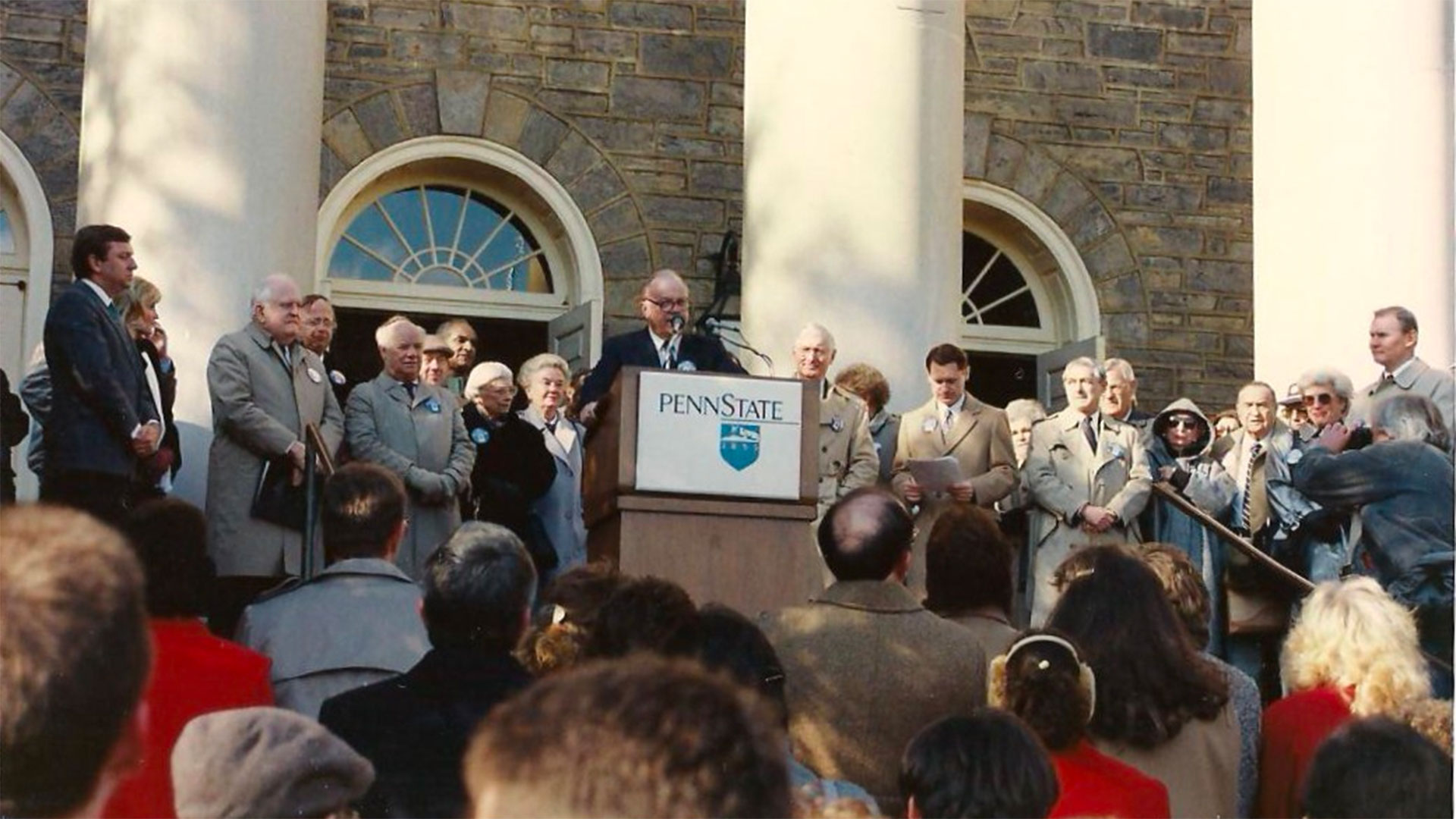 On September 12, 1997, William and Joan Schreyer presented Penn State with a $30 million landmark gift to establish the Schreyer Honors College. 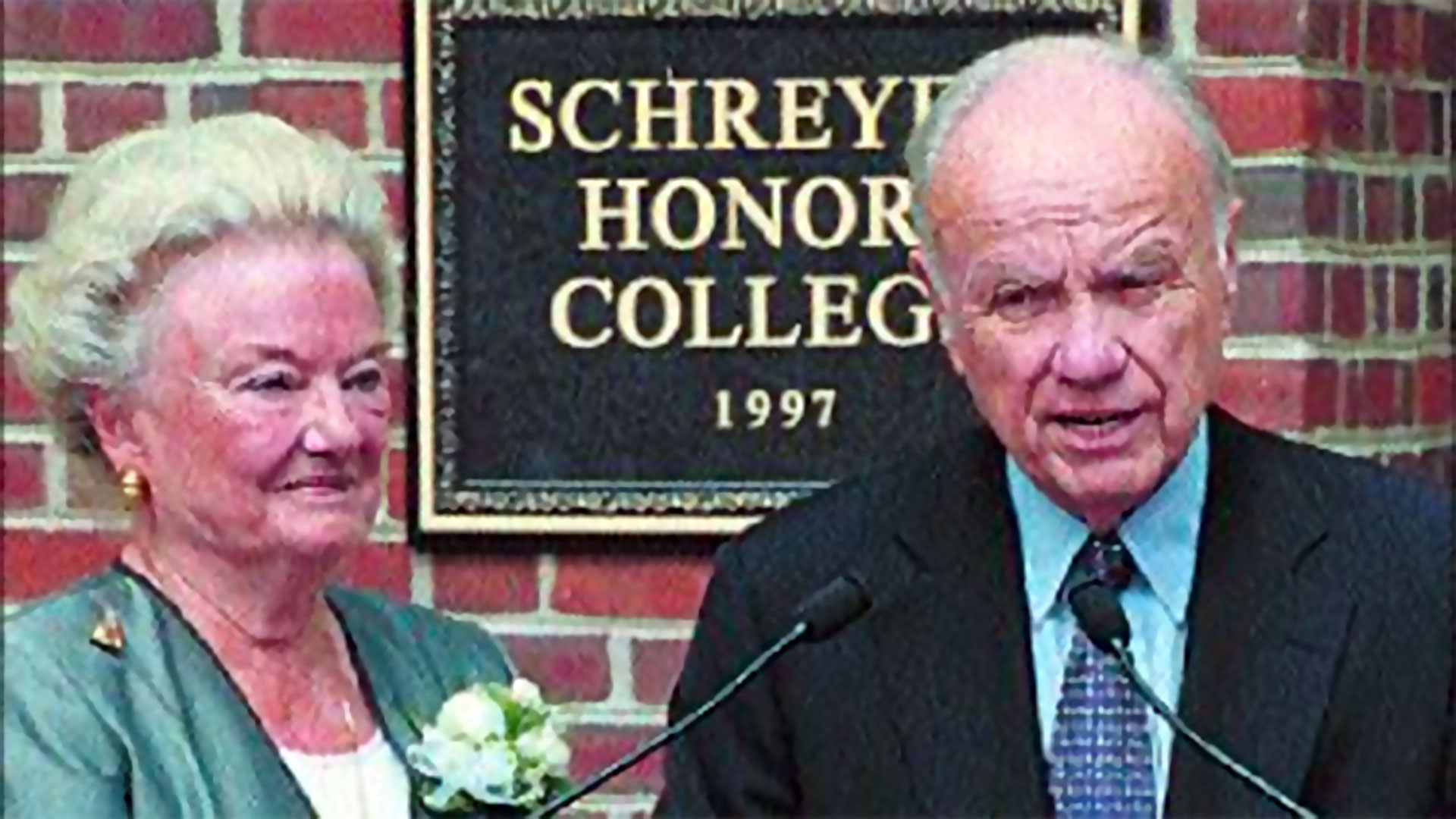 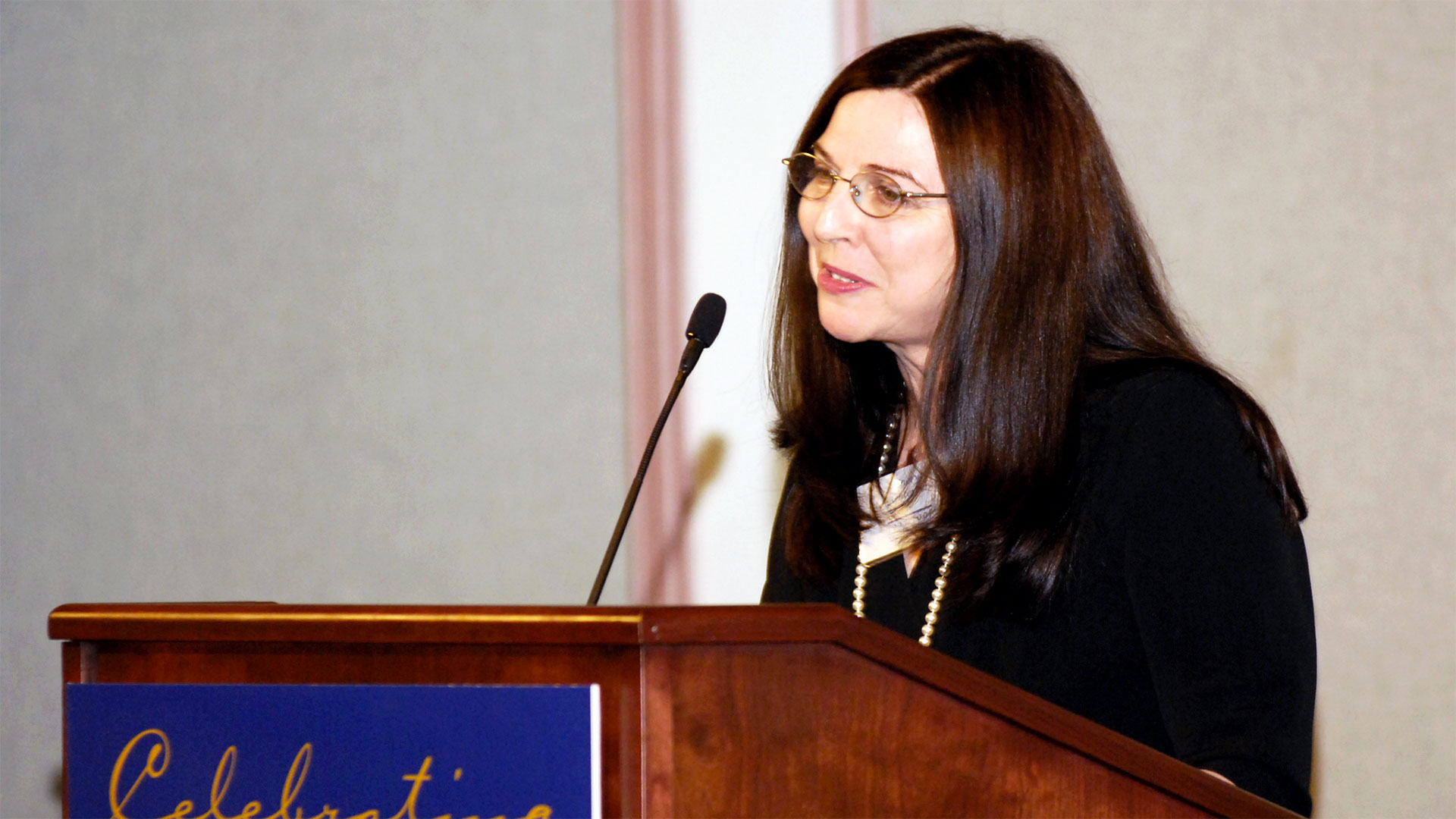 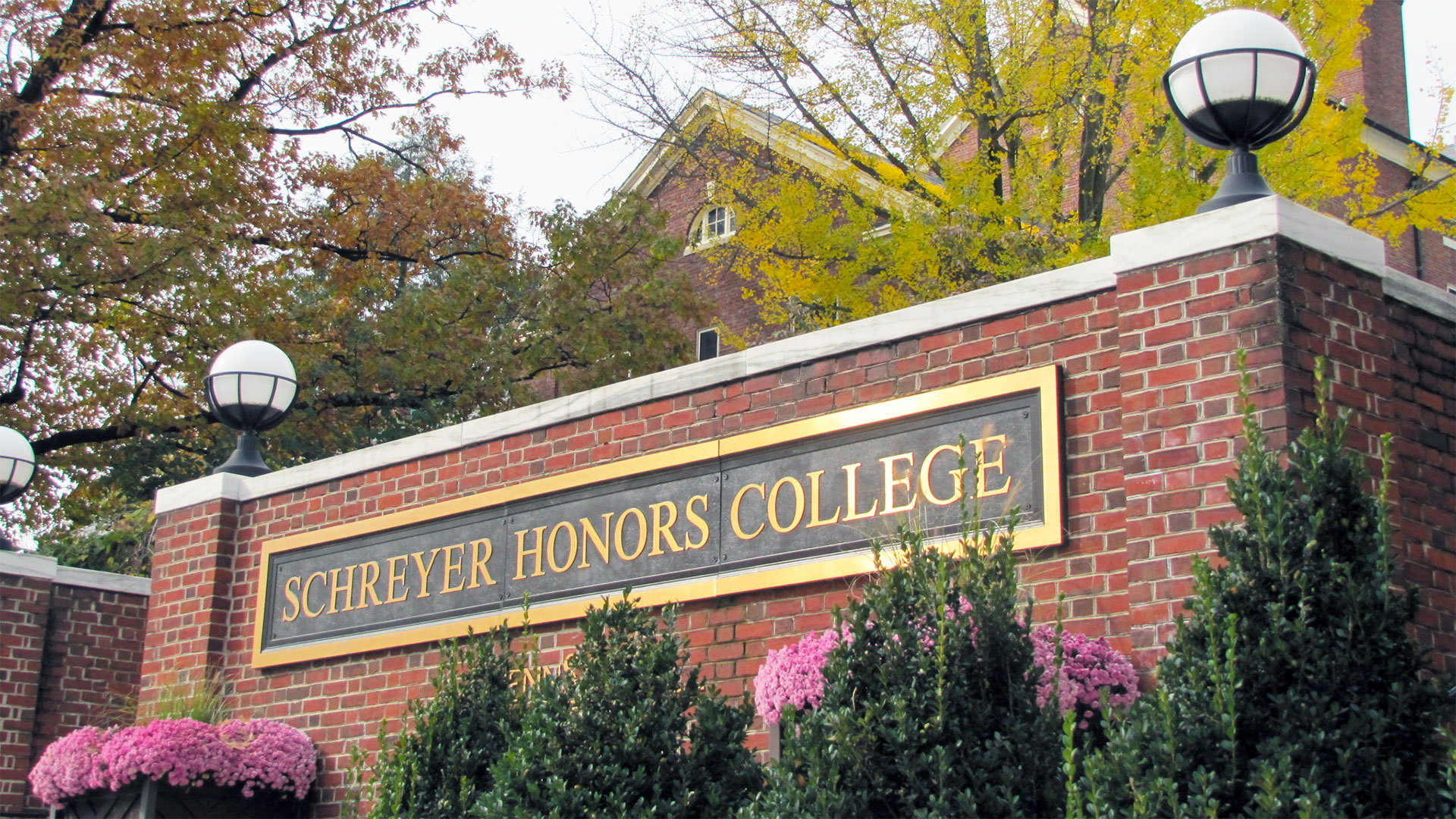 The Schreyer family continues its extraordinary support with a second $25 million gift to the College. 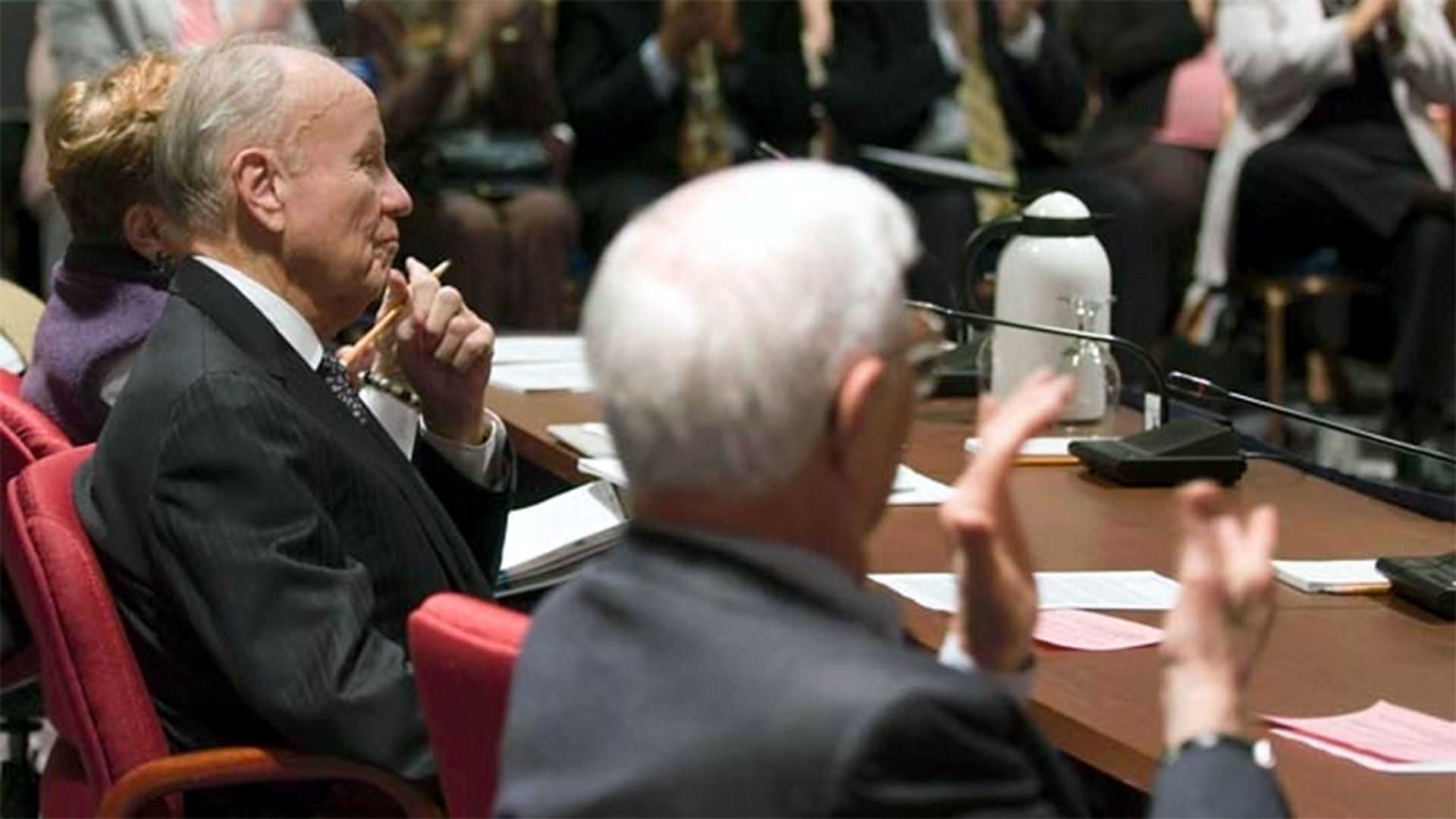 John A. Cook and his wife, Dickie Jessen-Cook, donated all rights for use of the Scholars medal design to the Schreyer Honors College in perpetuity. 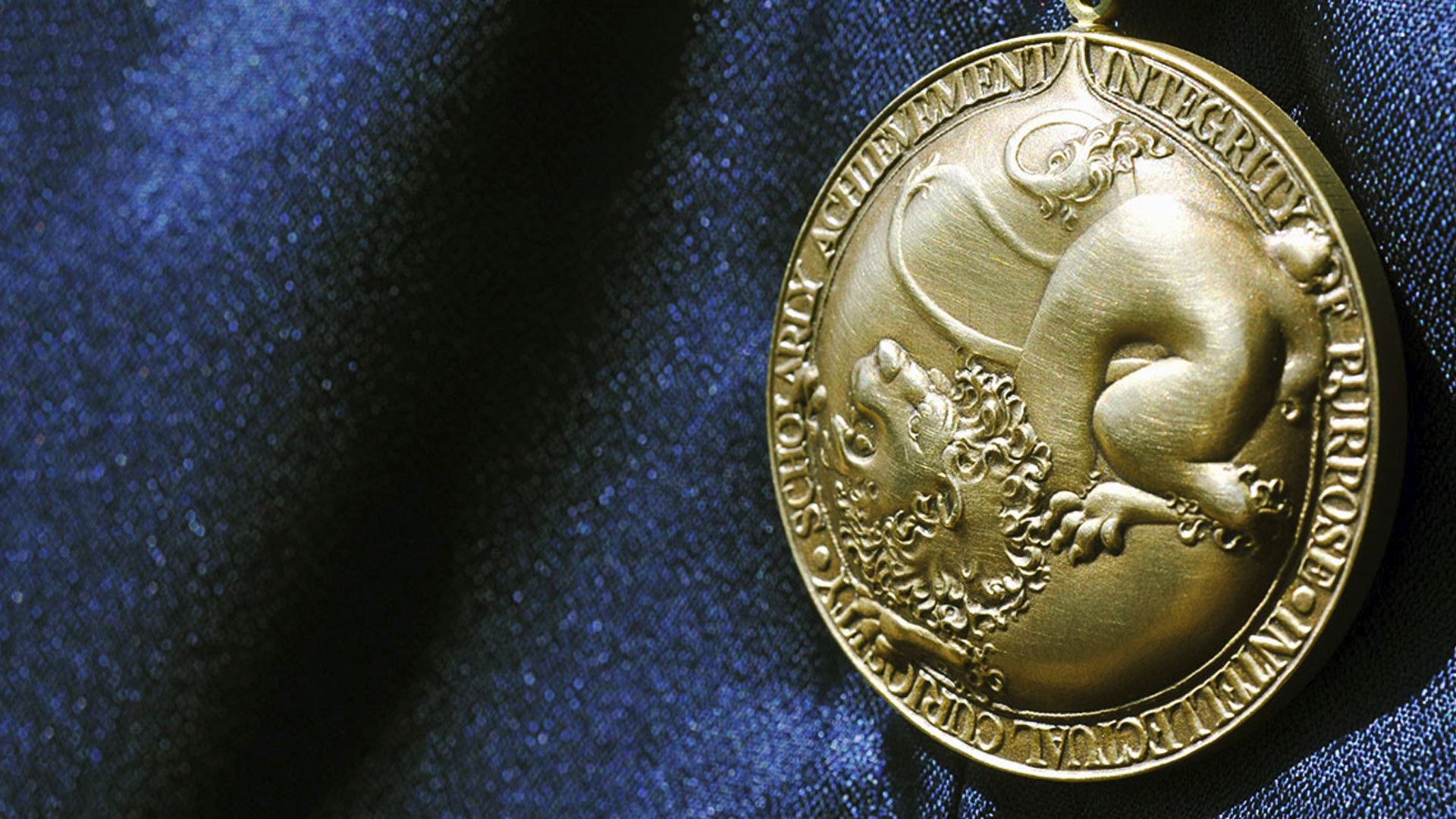 On January 22, 2011, William A. Schreyer, founder of the Schreyer Honors College, passed away at the age of 83. 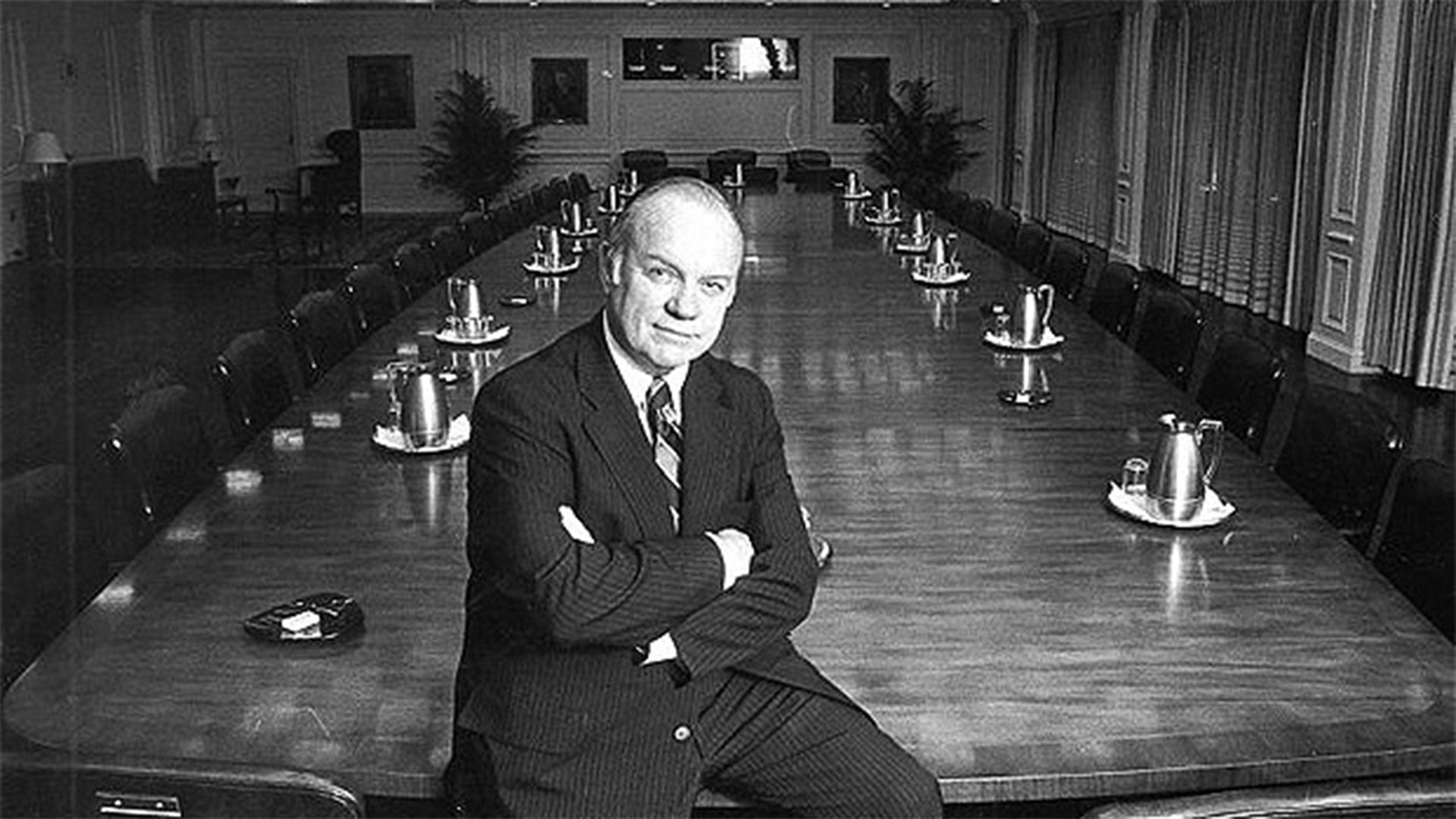 More than 70 Scholars move into newly remodeled rooms on a floor called The GLOBE — a special living option within honors housing on the lower-level of Simmons Hall for students sharing an interest in fostering global awareness. 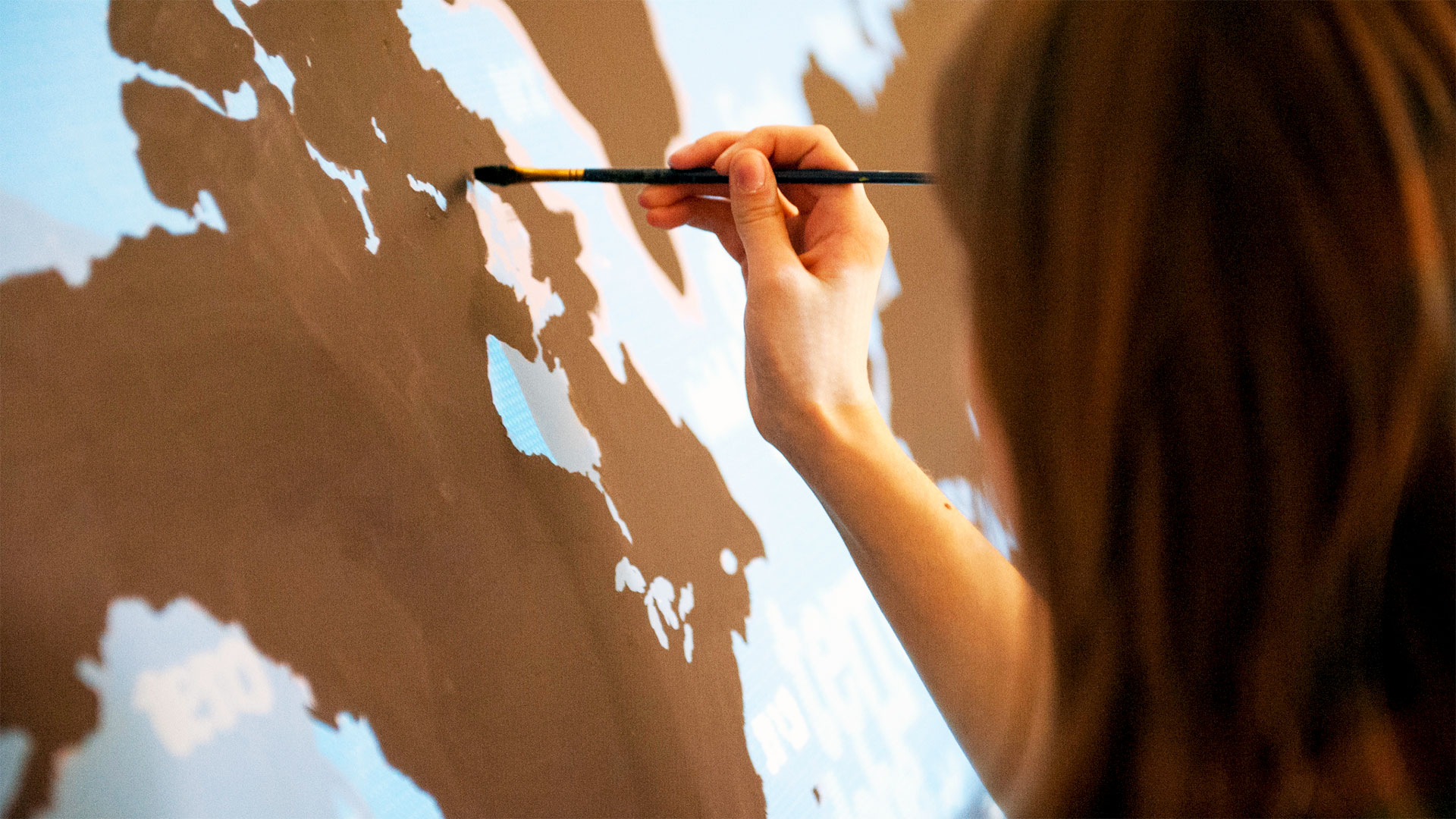 The Atherton Hall courtyard was renovated through contributions from family members, friends, and colleagues of William A. Schreyer. 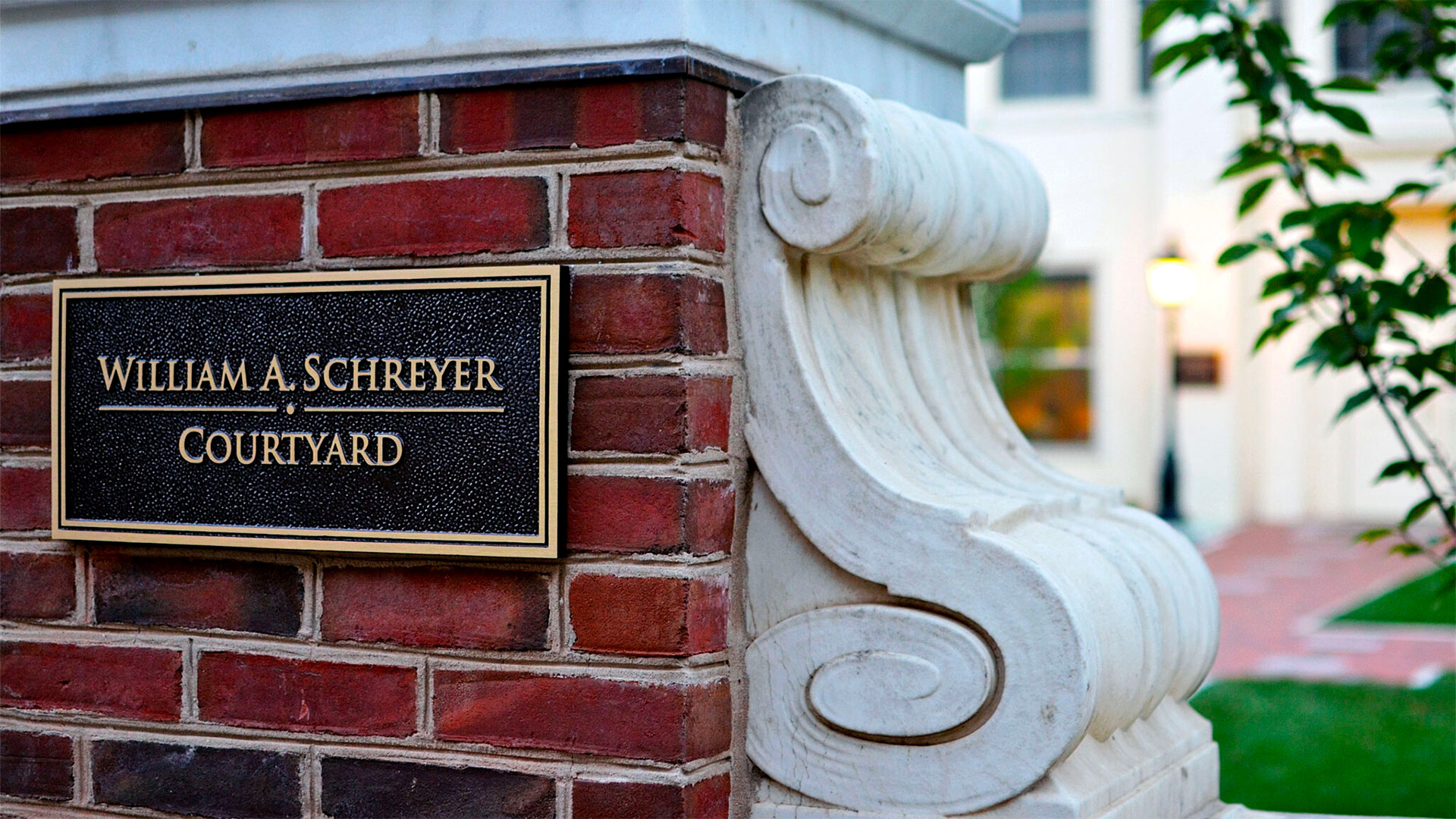 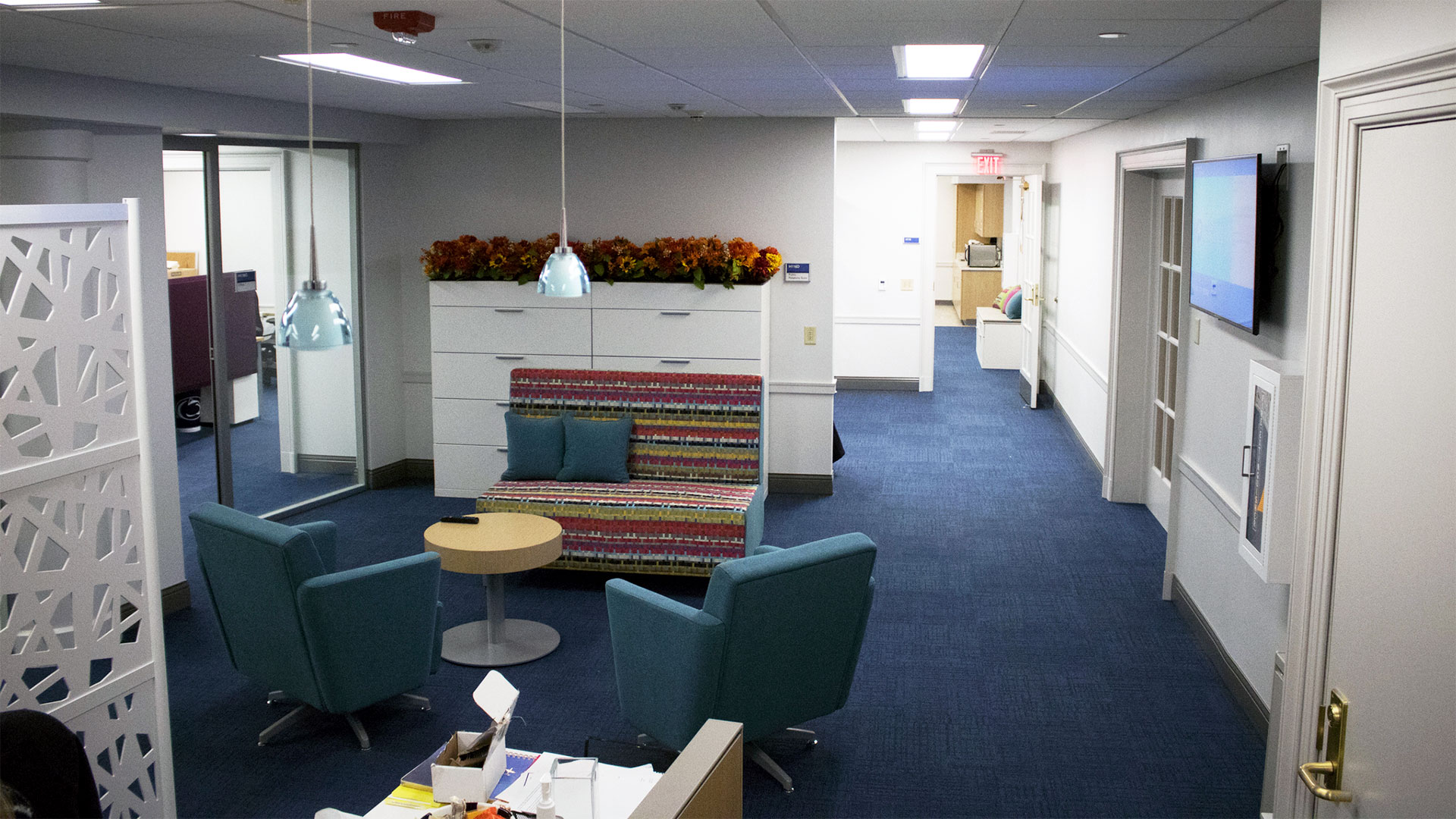 Who We Are Our Traditions 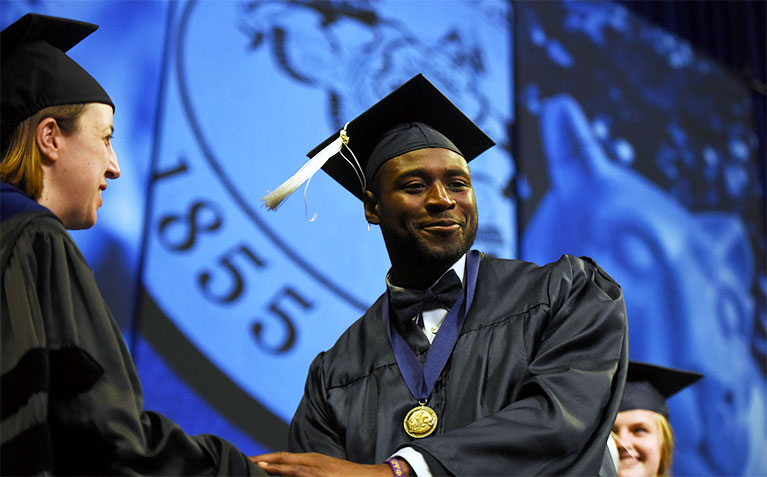 The Scholars Medal is a symbol of academic distinction and achievement. It is presented to graduating Scholars during the Schreyer Honors College's Medals Ceremony, traditionally held on the eve of Penn State's commencement exercises.

Designed by John A. Cook, professor emeritus of art, the medal features an agile lion with extended claws. This lion has become the University's symbol of intellectual excellence. The qualities of 'Scholarly Achievement', 'Integrity of Purpose', and 'Intellectual Curiosity' form the legend of the medal and define the field from which the lion gathers his strength. 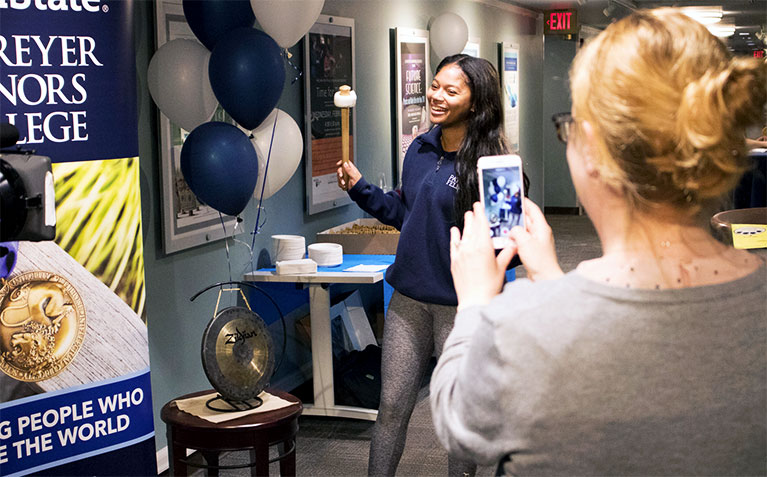 A tradition began in the University Scholars Program in 1990, when the ringing of a small brass bell signified the accomplishment of Scholars completing their thesis. This audible symbol of accomplishment often sparked applause and congratulatory words from Schreyer staff and other Scholars.

The bell was replaced in 2000 with the gong and tradition dictates that only Scholars who have completed their thesis have the right to hit the gong. The gong is also used to call the Medals Ceremony to order and is displayed prominently throughout the ceremony. 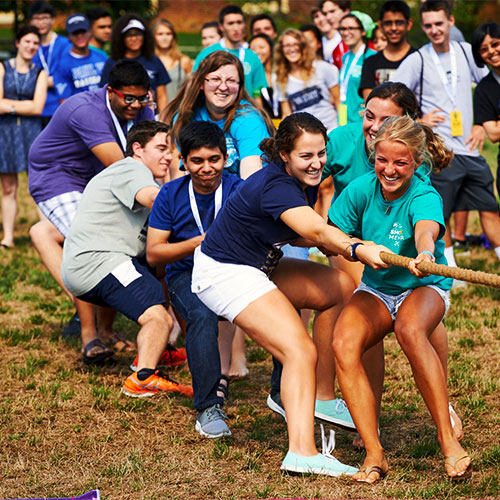 SHO TIME is an orientation to the Honors College each fall for the incoming first-year class. 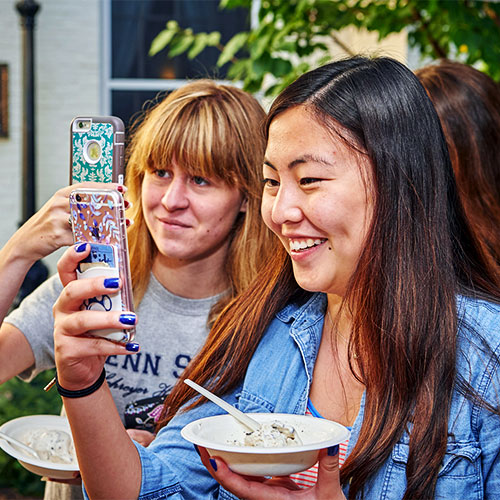 A commemoration of the College's history and a celebration of its promise for the future. 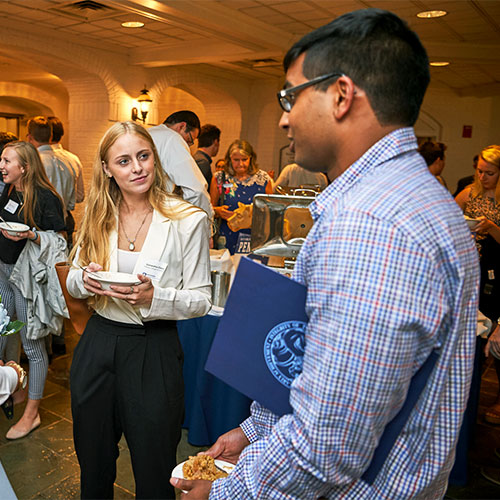 An orientation to the Honors College for the incoming current/transfer students. 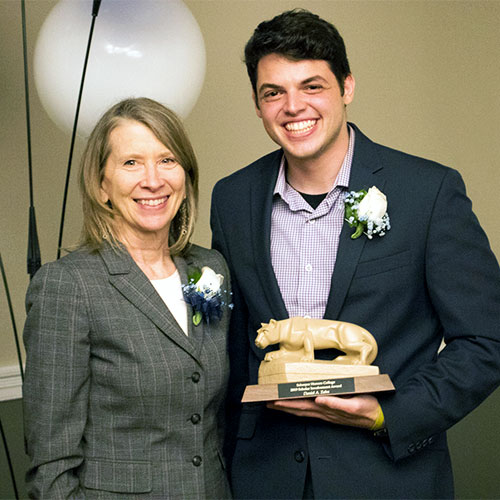 An award funded by Schreyer staff presented annually to a Scholar in recognition of their support of the College's initiatives.

Want to learn more about Penn State and its history? You can read about the University's founding and development, discover the truth about campus legends, and count 50 ways Penn State has shaped the world.

Being in Schreyer has pushed me further than I ever thought an undergraduate education could. I knew coming to Penn State that I would receive an amazing education with access to a multitude of state-of-the-art resources, but being a Scholar has allowed me to use this environment to maximize my potential and place my education in an ever-changing global community.